Categories
We support Paypal and combine shipping, If you want to buy more than one item, Please send me a email (My E-mail: qq124145471@msn.com), tell me their url (including the quantity and weight), we will calculate the discount price.

Go to my Ebay Shop

​Cupping is the quic ..
Full Article

oolongs: what are they? 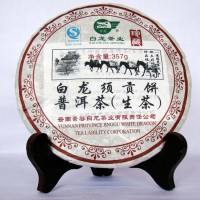 Taste : This Pu erh Tea liquid is a bright orange colour with a pure fragrance and a strong and mellow flavour. An after-taste later developed.

Storage : Keep this Pu erh Tea in an airtight container and store in a cool, dry place avoiding direct sunlight. (The longer it stores the mellower and more valuable it becomes).

This puer is unusual compared to other puers. The buds are fresh, silver, and fuzzy. They yield a rich, sweet, and complex brew, like a bunch of fresh-picked flowers, due in part to the high concentration of amino acids. The color is a bright, light apricot color and the aroma will accompany you through the last cup. Puer tea drinkers of all types will find something to like about this cake.

This tea is known for its ancient history , taste and medicinal properties. The leaves come from the Dayeh variety of broad-leafed tea tree in the Yunnan province. This tree may be more closely related to the original ancient tea tree of preglaciation times than the smaller-leaved one. The tea is marketed in bulk as Pu-erh, shaped into cakes as Pu'er Cake Tea and into the bowl-shaped cakes called Yunnan Tuo Cha. It's all hand made and natural.

It looks like "earth" and has a very soothing and unique liquorish taste. Like wine the older the better. Like wine an old pu'erh is for special occasions.

The peoples of the Yunnan-Tibet border have drunk Pu-erh since the Tang dynasty, according to a Song dynasty scientific reference. The troops of Kublai Khan, "pacifying" the southwest after the thirteenth century Mongol conquest, are said to have introduced Pu-erh to the rest of China for its medicinal value.

Tea from these high mountains has traditionally been carried in shoulder baskets through primeval forests for processing and sale in the tea market at the county town of Pu'er. Located in central south Yunnan, Pu'er County itself does not grow tea, but the name it has given to this variety has become internationally known.

Pu-erh is viewed as a mild tea, suitable for young and old, weak and strong. Yunnan Tuo Cha, a form of Pu-erh, received the Ninth International Food Award at a conference in Barcelona, Spain, in 1986.

Pu-erh is very special because of a unique combination of factors. It is an unusual large-leafed variety, it enjoys special growing conditions with the combination of climate and soil in the Yunnan mountains, and it is semi-fermented.

The flavour has been described as both earthy and mellow. For some, the distinctive flavour can be somewhat of an acquired taste. For others, however, this flavor will add to the wonderful experience of drinking Pu-erh, and the flavour will seem fitting in a tea prized for its medicinal properties. Some people recommend first getting used to Nuoshan Pu'er, which has less of this distinctive taste. Or Pu-erh may be mixed with a little Yinzhen to cut the "earthy" flavor and create a more subtle taste. Pu-erh is known for maintaining flavor through multiple infusions.

Pu-erh tea is sold loose, or in pressed form named for the shape in which a block is molded. These include: Tuocha, Bingcha, Tuancha, Fangcha.


Your Review: Note: HTML is not translated!

Enter the code in the box below: 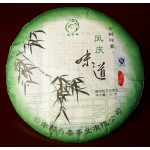 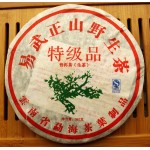 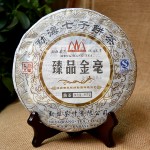 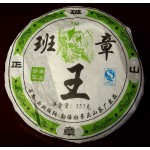 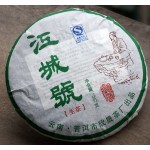 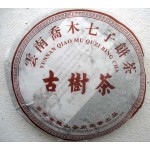 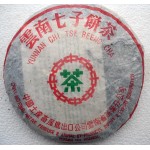 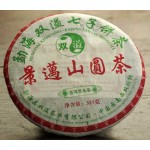 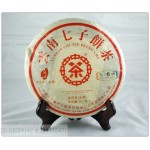 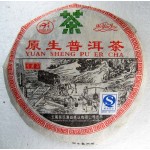 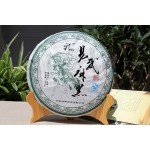 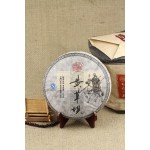 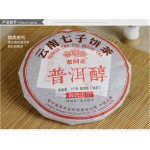 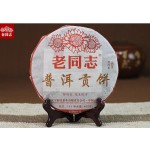 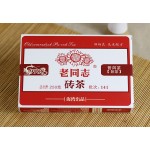